People always ask me if love at first sight really exists? Personally I believe it does. I don’t believe that it’s like fairy tales or the movies, where it happens overnight. You meet your Prince Charming, fall in love, get married, buy a house in the suburbs, and have 2.5 kids.  You live happily ever after and invite everyone to your 25th anniversary party. I think when it  actually does happen, it overpowers us with intense emotion.   Sometimes it’s so powerful, we don’t know what to do with it when we have it.  Timing really is everything when it comes to the subject of love.  Maybe that is where they came up with the term “The one that got away.” If the timing is off in our lives, well this rare event could go to waste if the right action is not taken during the initial meeting.

I have only experienced love at first sight three times in my life.  Once in high school, once in college, and once as an adult.  Scientists say that you are only romantically compatible with one out of 100 people that you meet in this lifetime.  The real question to this scientific fact is:  Do I have more of a chance of experiencing the love at first sight phenomenon (since I meet thousands of people) vs the average person who may be an introvert and whom has less opportunities with their career and social circle as I do?

Since dating and courting has never really changed since prehistoric times and online dating has become the revolution and taken over, does this mean that we have a better chance of meeting the one?  I guess it wouldn’t be called love at first sight per say, but instead: Love at first profile picture.  And how much love can you get from a photo? I realized that each time I had this feeling they all had these three things in common. Firstly, I met them in person, secondly I looked at them directly in the eyes.  They say that eyes are the windows to the soul.  I’m very attracted to kind and beautiful eyes. They are my favorite part of the physical body.  Eye contact is very important when falling in love.  It has been proven that it only takes 8 seconds of full eye contact to know if you are attracted to the object of your desire and will pursue them further. Lastly, they all made me chase them a little.  I don’t think it’s just men that hunt.  I disagree with this cliche. 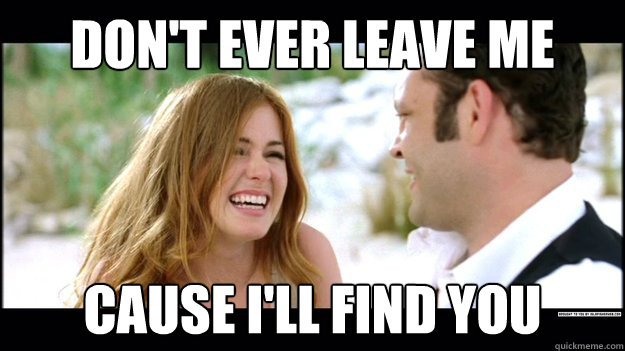 Love at first sight is a mutual feeling or its not the real thing.  That’s just called infatuation and it wears off after a couple of weeks.  This story is one that will be continued.  All I can say is, for now never give up on love, mostly love at first sight.  It does exist and this is coming from someone who is experiencing it. I want to preface this by saying that I have literally been single for six years.  My dating life usually consists of one date and then they never answer my calls again or 3 dates and we become friends or the infamous “almost boyfriend” situation.  The “Almost Boyfriend” situation is a tricky one.  It’s where you have a really nice guy that acts like your boyfriend.  He treats you like his girlfriend, and his actions say you’re my one and only. But his words say nothing about being exclusive.

Things are good, he takes you on lots of great dates, he opens the car door for you, he tells you that you are beautiful, he brings you to his functions as his plus one. You even talk about the future and have met his family. In your head you are thinking this seems a lot like a relationship. You are now sleeping over 2 to 3 times a week and planning vacations and talking about getting puppies. But when you actually ask the big scary question “Are we exclusive?” He will mostly answer like this as you are approaching the 6-8 week mark” “Things are great and we are still getting to know each other, I was burned in my last relationship.” He will look at you with the most sincere look as if he was begging you with his eyes not to rebut his answer.

You reply “Yes things are great but I don’t feel comfortable with you being sexual with anyone else, I like what we have.” Then he will look at you with puppy dog eyes and say,”Babe I’m not sleeping with anyone else and I don’t have time for any other girl. I’m so busy with work and I just want to spend my spare time with you.” This answer makes you feel at ease and you both change the subject to a lighter note, and have yet another wonderful date. The problem is this touchy subject will come up on your next date night.  Believe me, its not over yet.  I guess the questions you will start to ask yourself about this “Almost boyfriend“ situation are these three detailed questions:

1. How long is too long before making it official ? Should it be 4-6 weeks or 6-12 or after consistent sleep overs and the toothbrush is in the bathroom?

2. What’s the hesitation? What does he need to know before making that ultimate decision? Does he need a push so you both don’t waste anymore time. Does he need   you to set up a one on one speed date featuring your life story to show him your character or do you need to give him a mini autobiography or outline of your 5 to 10 year goals. What does he need?

3. Should you withhold great sex so you’re not just feeling used or basically in a friends with benefits situation?

After you figure out why he’s not making it official maybe its time to move forward to someone who will want to put your mind at ease instead of being the “Almost boyfriend” and leaving you high and dry as soon as something more fun comes along.  Someone that is not asking him questions about commitment. Don’t be surprised when you are heartbroken!

When you ask him what happened I bet he replies, ”I never said we were together exclusively we were just dating and getting to know each other why are you acting crazy?”

What do you guys think: Get a label on it or just keep dating?