It’s human nature to think you will beat the odds.  That is why so many people buy lottery tickets.  It is also why people sign up for The Bachelor.  Every contestant thinks they have a good chance of ending up on a mountain top with The Bachelor on his knee offering a lifetime of connubial bliss.

The 24/25 (I think those are the odds) chance of being rejected on TV while millions watch doesn’t seem to register.  Every time the person who doesn’t get the rose seems shocked they got rejected, I want to knock some sense into their head.  When you give yourself a 96% chance of getting rejected, expect rejection.  Why are you crying in the back seat of some car?  I feel no sympathy.  Of course, I also have a hard time feeling sorry for gorgeous singles in their twenties.

While I think The Bachelor contestants are moronic for expecting to beat the overwhelming odds against them, I made a similar mistake in my last relationship.  A mistake you can learn from. This boyfriend had never been dumped.  He’d been in plenty of long term relationships and even a 9 year marriage, but he was always the one who bailed.

While we were together, I had that same “magical” thinking that you see on The Bachelor.  I knew he’d dumped lots of women.  Statistically my chances of getting rejected are astronomical.  But I’m special.  I have something those other girls lacked. That was my moronic thinking. Needless to say, I got dumped.  By that time, I didn’t care that much.  I had a crush on someone else.  This boyfriend had been awful to deal with. There was no communication, but what I think happened was that he sensed my roving eye and got out before I could hurt him.  In hindsight, I can say that was his MO.  He’d never gotten rejected because he bailed first to avoid the heart break and humiliation. 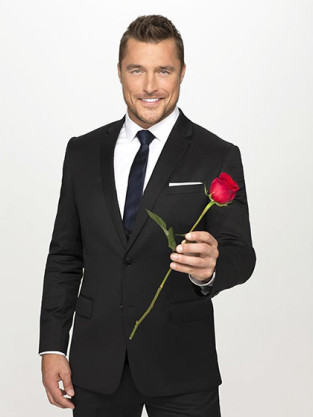 The lessons to be learned are that if you don’t learn from your paramour’s history, it repeats itself.  If a guy has a track record of dumping lots of people, you are setting yourself up for a dumping.  Hit the road and stay far, far away.  You are special, but that does not mean when a person’s past proves they suck at relationships that your relationship with them won’t suck too.  It will.

I got no closure from my last relationship, until last week. It ended with no warning.  I knew he had never been dumped.  He’d left every relationship he’d ever been in. That should have made me wary. An important clue to where your relationship is going is where your ex’s relationships have gone.

But, I learned something about gambling that applies.  It is human nature to think you will beat the odds.  That is why people buy lottery tickets.  While chances of winning are next to nothing, people buy the tickets because they think might win.